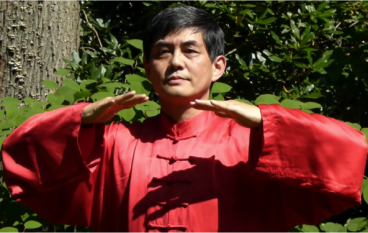 TaijiJin specifically elaborates on the different taiji forces. The roots of taiji practice lie in martial arts. The body and healing aspects are paramount, although the martial aspect remains important and is not lost sight of. 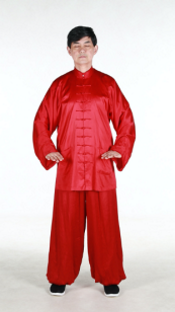 Qigong is a well-known popular term. The scope under this banner is broad: from simple movement exercises that benefit your health to medical applications of the acquired development, from martial qigong to purely intellectual or most profound spiritual qigong. The exercises are complemented by the depth and sophistication of Chinese health knowledge in conjunction with a philosophical approach to mind, thought, emotion, energy and body.

Qigong, in whatever form, uses the same principles and techniques. Body and mind are brought into balance. Life energy is controlled and managed. A long life in good health, evolving in dynamic harmony both physically and mentally, is pursued. Reading about it is useful to satisfy the impatient curious mind. Doing the exercises is the necessary path. 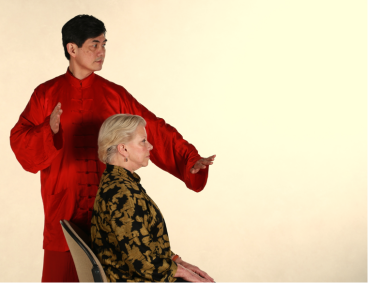 Shen refers to my family name. BUQI® refers to a healing method developed by my father Dr. Shen Hongxun. ShenBUQI® represents my involvement in my father's life's work and its further development and dissemination. ShenBUQI® enables me to further explore, elaborate and pass on all aspects of his work according to my own insight, vision and methodology.

The most important principle within the ShenBUQI® system consists of removing binqi from another person and activating/restoring the natural removal process. A person is also taught to break through the double vicious circle of posture and mind, and to remove binqi themselves through additional Daoyin exercises. The practitioner of these techniques is also taught to protect himself against the absorption of binqi coming from the other person. The word daoyin consists of two separate concepts. Both 'dao' and 'yin' have the meaning of leading. Together, they describe 'exercises in which a clear objective is pursued'; in this case, the promotion of physical and mental health.

Daoyin are very effective in correcting posture and eliminating factors that cause energy disturbances (binqi). In addition, with the internal strength developed through practising these daoyin, it is also possible to help fellow human beings. Comments and questions are welcome.

You can contact the people below by phone or email.

Or send your message to contact@taijicentrum.org 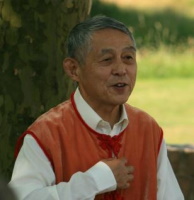 Dr. Shen Hongxun had good teachers, good friends and was in the right place at the right time. He acquired his in-depth knowledge of BeiPai TaiJi by studying with several renowned taiji masters such as Tian ZhaoLing, Yu JiFu and Lu SongGao. Prof. Yao Huanzi was his most important teacher. His medical knowledge and qi research led to the development of the TaiJiWuXiGong system and the discovery of the theory of the Double Vicious Circle. His spiritual training made him a lama FoRi. Taoist He JingQing and Lama FaHai were his teachers.

Dr. Shen Hongxun's unique talent led to a meaningful synthesis of so many lines of knowledge. He developed the Heaven Mountain TaiJiQuan form, a Buddhist-inspired approach to Yang-style form combined with the insights of the TaiJiWuXiGong system. After the TaiJi37 training with Xia ZiXin, this knowledge was elaborated on the different body postures of the Heaven Mountain TaiJiQuan form to form the TaiJi NanPai 37 Stances. Still later, under his guidance, a short taijiquan form was composed incorporating the knowledge and principles of both the Heaven Mountain TaiJiQuan and the TaiJi NanPai 37 Stances. This synthesis led to a resourcing and revival of NanPai TaiJiQuan.
His knowledge of employability of qi as a treatment method and the development of the 'Empty Force' was developed into the BUQI® Healing System.
TaiJi37 NanPai TaiJiQuan, TaiJiWuXiGong, BUQI® Therapy, Daoyin Therapy, Qi-Pushing Hands, TianShan Sanshou and The Golden Light Meditation form the basis of his legacy.

In Shanghai, he met Dr. Xia Tingyu, daughter of Xia ZiXin. They collaborated intensively in researching the use and deployment of qi in medical applications. They also published their results under joint authorship.

Dr. Shen Hongxun was invited to Belgium in 1987 and was an international teacher in Europe and the United States until his death in October 2011. Family ties in China always remained important to him.

More detailed information about Dr. Shen Hongxun can be found in his books and his autobiography on the website www.shenhongxun.org. 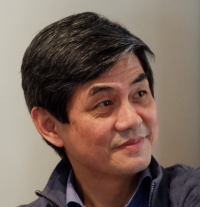 (Xinjiang °21-04-1965) is the son of Dr. Shen Hongxun and Dr. Xia Tingyu. In addition to traditional taiji training from father to son, Shen Zhengyu received taiji training from his grandfathers Shen Derong and Xia Zixin. At a young age, he became his father's assistant, gaining in-depth knowledge in NanPai TaiJiQuan, TaiJiWuXiGong and Traditional Chinese Medicine. He also attended medical school at ChongJi XinJiang Medical College. He specialized in TaiJi Sword, TuiShou pushing hands, SanShou partner form and developed the NanPai TaiJi Stick form and Hand Fan form. In 1991, he was recognized QiGong teacher and elected as a member of the committee of the Federation for QiGong and Body Movement Shanghai, Luwan district.

Since 1992 he has worked as an independent TaiJi teacher in Belgium and is the founder of the TaiJi Centrum vzw and ShenBUQI® International. After his recognition as a lineage successor, he concentrates on the further development and distribution of the BUQI® healing system developed by Dr. Shen Hongxun.